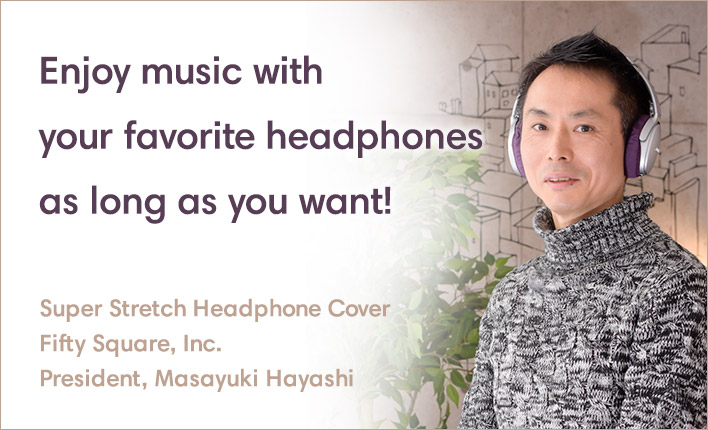 It all started on a hot summer day...

“Mimimamo” was created by our president Masayuki Hayashi.

One hot summer day he was enjoying music with a headphone set and started to feel discomfort as his ears were getting sweaty. He is a headphone enthusiast, but he once suffered fungal ear infections from long hours of using headphones and became extremely sensitive about his ears getting damp. 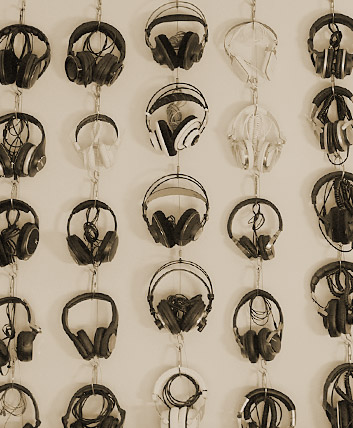 Hayashi always tries to figure out a solution whenever he faces a problem. On that day, he had an epiphany. He thought to himself, “I should make a headphone set with blowing fans! That would keep my ears dry and comfortable.” Hayashi, who was an engineer at a broadcasting equipment manufacturer back then, rushed to Akihabara to buy necessary parts and finished creating the prototype. It was a completely new type of headphone set, equipped with small fans for ventilation.

He tried it on and his ears didn’t get sweaty at all thanks to the pleasant airflow. It may sound like a success, but there was a fatal flaw with the prototype; that is, the ventilation fans were so noisy that he could not hear music. “It sounded like a propeller aircraft taking off 50 meters ahead,” Hayashi recalls the experience.

“I need to fundamentally change the idea...”

He was not willing to give up after one failure. He immediately got another inspiration and decided to separate the headphones from the fan by connecting them with a tube in order to reduce the noise.

So he got straight to work and tried a submersible pump for aquarium fish as a blower and this time it “sounded like a Harley-Davidson engine running at 2000rpm.”

That is when he realized that he needed to fundamentally change his idea. 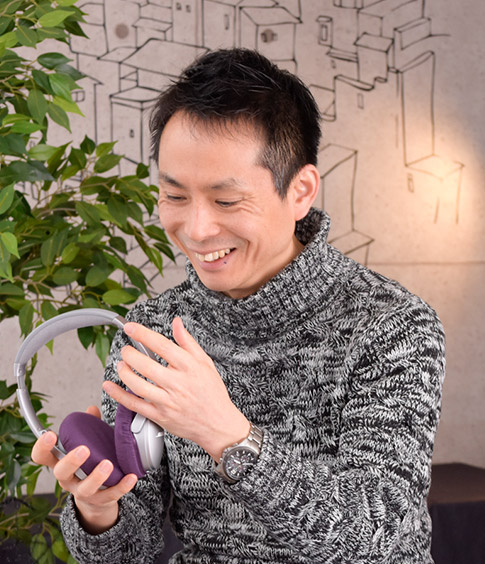 Hayashi came up with yet another idea after putting the fan concept aside. “Why not put a cover on the headphones?” He thought earpads with covers made of absorbent fabric would prevent sweaty ears.

After some research, however, it became clear that the idea itself was not new and so-called “headphone covers” were already on the market.

This made him feel downhearted, but when he used then-available products, he noticed that they had critical problems. They were made from coarse paper and were uncomfortable to wear, looked less fashionable because they were easily recognizable, or did not fit earpads due to lack of flexibility.

So, Hayashi decided to make an ideal headphone cover, eliminating all these issues. This became the starting point of creating "mimimamo". 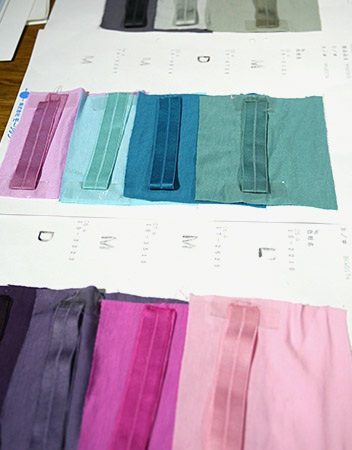 In developing a new headphone cover, the first thing Hayashi focused on was design. To provide a perfect fit, he developed a unique design, using stretchable fabric and sewing on a flat elastic cord. This way, users can choose the best method, Normal, Side, Stealth, or Roll, to make their headphones look more natural.

Secondly, he tried to make the covers as comfortable as possible. He looked for a supple and soft to the touch material to make them comfortable for extended periods of use. It needed to be thin to minimize impact on sound, but durable at the same time.

That is why he picked Tencel, a synthetic fiber mainly made from eucalyptus trees which offers great texture, flexibility and durability.

The item the world has been waiting for

He went through repeated trial and error for one and half years. Finally, in the summer of 2014, "mimimamo" was completed. It is an ideal headphone cover with great texture, style and minimal impact on sound quality.

Mimimamo is becoming popular among music lovers not only in Japan, but all over the world. It's an item headphone users have always wished for, but couldn't find until now.

If you want to enjoy music for long hours at a stretch with your favorite headphones, try mimimamo! 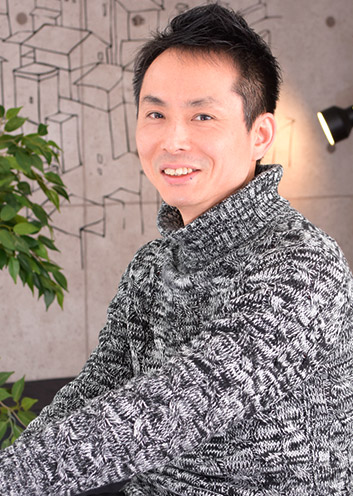 After working for a broadcasting equipment manufacturer, he started his own company. He created the mimimamo headphone covers, which are comfortable on your ears and keep the earpads dry for hours of listening to music. After years of development, it has become a hit product online as well as in major electronics retail stores. We have launched mimimamo in overseas markets to offer music fans all around the world a comfortable experience.